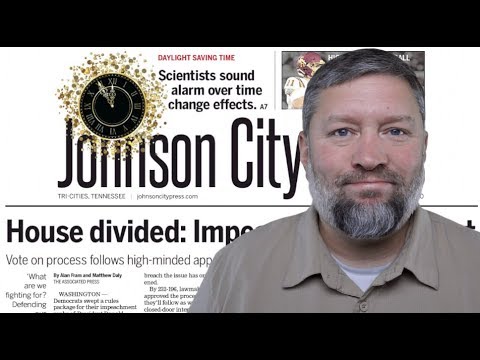 The vote was 10-4, with one abstaining vote from Commissioner Jim Wheeler. Commissioners voted 11-3 to adopt amendments to the lease approved by the Jonesborough Board of Mayor and Aldermen earlier that day.

There was also a proposal from Johnson City Manager Pete Peterson, which could save county taxpayers as much as $12 million on the Jonesborough school project. With that plan, Johnson City would be the “financial conduit” for the project, obtaining a more favorable bond rate for the county to build the new school, while the cost savings could be reinvested in capital projects for all county residents.

Commissioner Freddie Malone said he was more than “intrigued” by the city’s offer, but noted the commission should first act on the deal with Jonesborough.

Before voting on the lease-purchase agreement, commissioners approved a resolution authorizing County Mayor Joe Grandy to negotiate “with the city of Johnson City and the local education agency operating within that municipality to identify the terms that would resolve dispute over the interpretation of the Jonesborough proposal.”

Jonesborough Mayor Chuck Vest then told commissioners the project represents a “new day for Washington County, the school board and for our town.” He said the school project also offered an opportunity to build a new sense of “trust” between the county and Johnson City.

On Tuesday, the Unicoi County Board of Education awarded a $3.15 million contract for the demolition and reconstruction of Gentry Stadium to Preston Construction, the low bidder on the project. A representative for the company told the board last week the work could begin as early as December.

Tuesday’s vote followed two specially called work sessions in which $170,900 in design features were trimmed from the original plans for the stadium, including nearly $100,000 for replacement of the football field and a new irrigation system beneath it.

The deductions brought the original $3,325,000 bid down to $3,154,100, or approximately $600,000 more than the school board-targeted $2.5 million budget for the project. The new facility will include bleacher seating for 2,720 people and 180 fixed-back seats at mid-field, a new press box, a new concession stand, new LED lighting, new perimeter fencing, a paved parking area, a new field house laundry and new asphalt for the paved circle around the field.

Director of Schools John English emphasized the new stadium will not require any new tax dollars.

Two months after pleading not guilty to slaying his estranged wife in a Colonial Heights dental office, a Blountville man has now pleaded guilty in the case and been handed a life sentence.

Harry Weaver appeared Tuesday morning in Sullivan County Criminal Court in Blountville, reaching a plea agreement with prosecutors after they had consulted with family members of the victim, Kelly Weaver. The agreement will block any eligibility for parole until Harry Weaver would be 115 years old. It also avoids a potential lengthy trial in which prosecutors were contemplating, in unison with family members, whether or not to pursue the death penalty.

On the morning of Feb. 13, Weaver arrived at Kelly Weaver's place of employment in Colonial Heights, tried to drag her away by her hair, and eventually shot her in the head. When he turned the gun on other employees of the dental office, Larry Seagroves, a carry permit holder who was waiting in the lobby, intervened, pulled his revolver, shot Weaver, and held him at gunpoint until officers arrived.