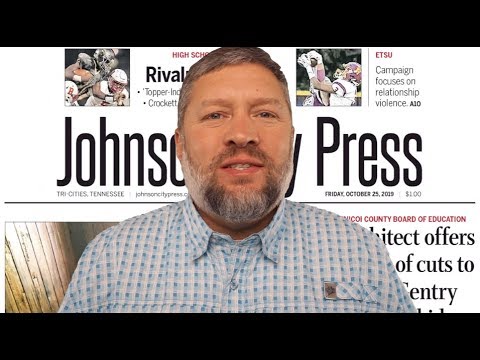 Stephen Callahan is looking to instigate a $1 million expansion of the brand and footprint of his Tennessee Hills Distillery in Jonesborough, but says the possibility of that expansion possibly happening somewhere else depends on the town.

On Wednesday, Tennessee Hills declined an opportunity to expand into Johnson City, saying it wasn’t the right time, and that they want to give Jonesborough a chance to allow them to expand before they start looking elsewhere. The distillery’s current location, the 179-year-old Salt House overlooking downtown Jonesborough on Fox Street, is 3,360 square feet, but with two floors, it only leaves about 1,680 square feet on each floor for a storefront, tasting bar and distillery.

According to Callahan, that size severely limits just how much product they’re able to make on site — something that was put in the spotlight with a recent blog post on “The Whiskey Jug” lamenting how Tennessee Hills markets their bourbon and rye whiskey. Currently, Tennessee Hills’ rum, vodka, and corn whiskey are distilled in the Salt House, with the other offerings sourced from different distilleries.

Callahan said he hopes to find a suitable location in Jonesborough and finalize plans for expansion, and he will also be looking to hire six additional employees by mid-2020.

An Elizabethton man who has taken on the name of a deceased celebrity is once again in trouble with the Criminal Court in Carter County, and is once again making the rounds on national news outlets.

As Johnson City police attempted to arrest Tupac Shakur, formerly known as Timothy Oliver, for arrest warrants from Carter County on Saturday, he pulled a knife and turned toward officers. The 40-year-old man was charged with aggravated assault, resisting arrest, simple possession of methamphetamine and having unlawful drug paraphernalia. Police said Shakur had a syringe and multiple baggies of methamphetamine, and he remains in the Washington Detention Center under $18,000 bond awaiting trial.

The Johnson City Cardinals broke their attendance record for the fourth year in a row at TVA Credit Union Ballpark this year, they are the reigning Appy League champs, general Manager Zac Clark claimed the league’s executive of the year award, and the team has won the league’s promotional trophy for the past three seasons. But, the working agreement between Major League Baseball and MiLB, the group that oversees minor league baseball teams, expires after the 2020 season and as part of the negotiations for a new deal, MLB has proposed to eliminate as many as 42 minor league teams - including the members of the Appalachian League.

A lot of negotiation will take place before anything is decided and finalized, but as the proposal stands, teams in the Appalachian League would be encouraged to form an amateur wooden-bat league with help from MLB and would no longer be affiliated with their parent major league teams. There are currently 160 minor league teams; if the proposal passes, there would be closer to 120.

While Johnson City has enjoyed success and would certainly miss having a minor league team, MLB’s proposal would have profound effects on other local Appy League fan bases as well - the city of Elizabethton recently entered an agreement with the Minnesota Twins to fork out more than $1.5 million for clubhouse renovations, with the major-league team coughing up $800,000. In Kingsport, there has been talk about a new stadium being built for the Mets. Johnson City added new turf and lights.

Here’s hoping a new agreement can be reached when the two sides return to negotiations in November. We’d really like to keep our baseball team.