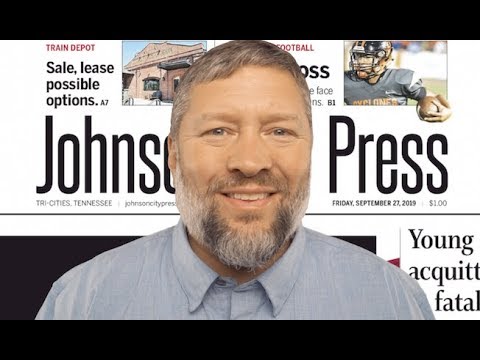 I try to concentrate on local news and issues with the Week in Review, but the events of the past few days make it impossible to ignore what’s happening on the national stage. Impeachment proceedings have begun, signaling the beginning of a period of historical significance and change within our nation’s government.

President Donald Trump repeatedly pushed Ukraine’s president to investigate Democratic rival Joe Biden, according to a rough transcript of a summer phone call, telling his Ukrainian counterpart: “I would like for you to do us a favor, “ and urging him to work with Attorney General William Barr and Rudy Giuliani, Trump’s personal lawyer.

The president’s words set the parameters of the political debate to come, with Democrats saying that it laid the predicate for an impeachment inquiry and Trump dismissing it as a “nothing call.” Yet the rough transcript clearly shows Trump’s willingness to engage a foreign leader on matters directly related to his reelection prospects.

The Johnson City Press will be following the story closely and factually, and will have updates as the impeachment unfolds. I would suggest that everyone pay close attention as this case unfolds, as the impeachment of a sitting president is not something to be taken lightly, or to be misconstrued in any way. Follow the story, and follow the facts.

Michael Young admitted that he shot and killed 45-year-old Jose Mijares on Feb. 12, 2016, after he said Mijares approached his pickup truck in such a manner that he felt threatened. Yesterday, Young was found not guilty of first degree murder and any lesser included charge he might have faced from the incident.

In a trial plagued by what appeared to be law enforcement and prosecution missteps, defense attorneys asked the judge several times to dismiss their client’s case. Defense attorneys Rick and Matthew Spivey learned during testimony Wednesday that not only was a bullet recovered from a 2014 incident in which Young claimed Mijares fired a gun at him, but that the bullet was destroyed in 2015 after no charges were filed. It was at that point Young said he began carrying his own handgun more often because he was afraid of his neighbor.

Defense attorneys also cited missing pages from a set of photographs presented to the jury. State counsel responded the reason they were not produced was because they were rebuttal, but the defense claims they were exculpatory in nature and should have been presented pre-trial.

Morrill Motors, a division of the Wisconsin-based Regal Beloit company, will shut down its manufacturing operations in Erwin within the next year, displacing more than 120 workers.

In 2016, Regal Beloit shut down operations of a second Erwin plant, transferring that facility’s production to a plant in Mexico and displacing 111 workers here. In a statement to local media, Regal Beloit Vice President Robert Cherry said the plant’s production will either be outsourced or transferred to other facilities by September of 2020.

Founded in 1946, Morrill Motors has been manufacturing small appliance motors in Erwin for 73 years. State and local offices of the Tennessee Department of Labor and Workforce have since been contacted and work is beginning on plans to assist the affected workers.