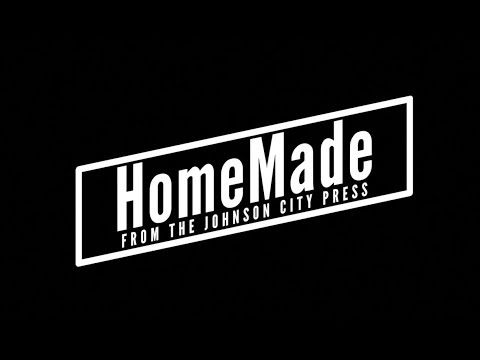 HomeMade is a video series produced by the Johnson City Press highlighting people in our region who still create, and do what they love for a living.

Not all music in East Tennessee is made on a guitar or banjo. Every now and again, you find some folks looking to shake it up a little.

The Tri-Cities Synthesizer Club began a little over a year ago, organized by three people (Michael Peck, Jason Vapor, Khristian Rosacruz) who saw a need for collaboration, shared education, and a performance space for their chosen medium of art - electronic music. And when they say “electronic,” they don’t mean techno, or EDM - they are not relegating or limiting themselves to a specific genre or movement. They accept all comers, as long as there is a desire and willingness to work together positively, respecting and learning from one another’s chosen forms of expression.

While some in the club refer to their compositions or performances as “ambient,” “tonal,” “droning,” or simply “noise,” there is plenty of originality and experimentation to be found, and it is never frowned upon to go out on a limb. The two performers at the the latest club gathering, Khristian Rosacruz and Andrew Bent, stepped out on a limb of sorts, marrying the sounds of a modular workstation and a vintage Rhodes piano for their set, and it worked very well.

Rosacruz has been performing electronic music for some time now, and Bent has made quite a name for himself in the world of electronic music as the creator of VCV Rack, an “open-source Eurorack emulation environment” that allows users to download Eurorack synthesizer modules and expansions for free. VCV is a game-changer for those who want to get involved in the music, but don’t have the thousands it takes to purchase much of the hardware needed to create the sounds they wish to replicate. And - if you want to learn how to replicate those sounds, the members of the Tri-Cities Synthesizer Club are eager to help.

Working with everything from modular synth workstations to keyboard synthesizers, software packages, pedals, and organic instrumentation, each member has spent the past year sharing their knowledge of the craft, as well as allowing visitors the opportunity to play on their own with the “synth petting zoo” set up at each performance.

“We bring out some of our stuff for people to play with,” says Jason Vapor. “That gets people more interested that don’t really know much about electronic music and synthesizers.”

With keyboards and modules at the ready, and the chance to collaborate with others, the “petting zoo” tables are a popular item. At the club’s latest meet-up and performance at Elderbrew in Bristol, TN, there were several among the crowd, from ages 9 to 63, who took advantage of the chance to create their own sounds and dabble in the world of synthesizers. One young man was quick to tell his mother that he had found “the sound” from a popular television show in his time at the controls, and another keyboard neophyte seemed excited to create his first rhythmic loop, which reminded him of something from the ‘80’s.

The relation to sound effects, or soundtrack sounds, seems to be the first step in what could become an obsession for many in the club, as most cited specific films and shows as inspiration.

“I guess my interest was piqued by early horror films, or sci-fi films,” says Michael Peck, “wondering how they made that sound. Just trying to emulate that, and in the course of learning how certain waves make things happen... and then the effects that you can use in the post-process of that, has kept me interested for well over twenty years.”

Peck is not alone in his time in the genre, as others in the club have been performing for years, but he is the most experienced member, and the one who seems to set the tone for the welcoming nature of the group.

“It’s very open, non-judgmental, you see with your ears,” he says. “There are no limits, we’re here to help, we’re here to support, we want to foster creativity. If that’s what your goal is, to take it to a live performance - and how to incorporate hardware into doing such - we want to kind of be a petri dish to help you get to where you want to go.”

If you’re interested in learning more about the Tri-Cities Synthesizer Club, you can find them online, or look for flyers at Elderbrew in Bristol, TN. It will be well worth your time to check it out.